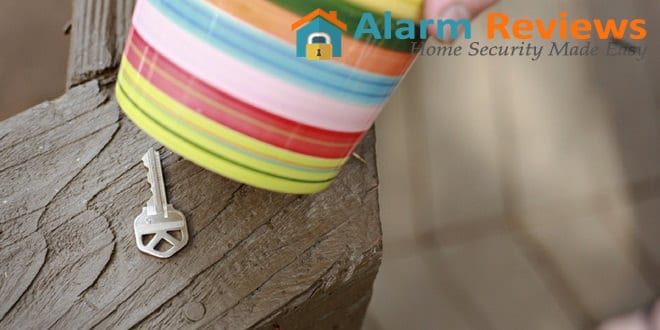 We live in a dangerous world where the biggest concern of today is on the safety and well-being of ourselves and our families. These threats come from various forms and always possess various dangers with it. The phrase “There’s no place like home” is something that means a lot to most people. It is the place where the family gathers, the place where you feel freedom and tranquility. But that’s the most likely place targeted by most.

So what home security mistakes did you make from what we will discuss here and what can you improve is the main thing you should focus on.

The reason behind it would be the fact that there is no greater threat than the threat toward someone you care about and the people you love. Therefore we should take certain measure in order to avoid threats and reduce the dangers that come with it. It is a well-known fact that we cannot completely be free of any threat but taking precautions is the ideal way to deal with such situations.

Here are 7 home security mistakes that most people do which you should avoid as much as possible.

1. Having your Entrances Unlocked

This by far is the most common mistake done by most. Thieves, burglars and other dangers are always on the lookout for easy targets. And the best way to do that is leave your entrances idling. In the year of 2012 the number of burglars due to unlocked entrances was 34%. Burglars often use the front or the rear entrances first. So the best way is to fist make sure you lock the doors properly.

2. Having your Windows Unlocked

In our eyes a window seems like a good way to let in fresh morning air with some refreshing sunlight. But in the eyes of a burglar it is an opportunity waiting to be taken. Entrances are easy to remember to lock and normally doesn’t consist as many as windows. So make sure you always keep your windows locked since these can make it easier for burglars to reach places like your rooms.

3. Giving an Opportunity to Hide

A mistake that most home owners do but not aware of is having planted thick bushes or shrubs lying all over the place. Yes it may look pleasing to most. But understand that these dense bushes are very good spots in which a burglar could easily hide and wait for the right time to make their move. Either by waiting till you get home or looking out for any weak spots in your home. Trimthese bushes and makes sure the doors and windows are visible to your neighbors and people so that the privacy of these targets are less.

4. Giving the Impression No One is at Home

Burglars often target houses where the owners are not at home or left for a long period of time. It is more convenient for them and makes things way easier to finish the job. So next time you leave your home for a long period of time make sure you do small things that could lead to big difference like putting on a light in the hall way or just telling your neighbor to regularly do a search around the house. These thing are vital to make sure that a burglar have the minimum chances of making their move.

5. Lack of Transparency in Security

Most burglars decide their target by judging on the outer appearance of the home. They will look into every detail and make up a plan. So don’t leave your cameras hidden. To neglect this make sure you keep your security systems like cameras and other alarms visible. And put up warning signs to alert anyone who is planning on entering. Most criminals would not take such risks.

A great opportunity would be for you to take into consideration having a loyal friend who can offer protection on the outside or inside of your home. A great way to do this is by choosing a good breed of guard dogs. This way you can make a thief think twice about entering your home.

As stated before most burglars judge by the outer appearance. And sometimes leaving the curtains open at night can be a huge let down. The more there are valuable items in your home the higher the risks every criminal is willing to take. And it does not stop there, as stated there are various threats and some tend to be life threatening and sexual assault. Once a criminal understands the vulnerabilities like kids and family members and where they sleep. They can easily pin point their required target and take action. To avoid these make sure you keep your curtains closed at night and also make sure not to have transparent curtains.

7. Leaving your Tools Lying Around

A criminal would make the best of any opportunity given to him. And what is better that providing him or her with tools such as hammers or a ladder. So make sure you don’t keep them lying around. Keep them secured in a shed. What’s worse than getting robbed by your won tools?

So make sure to always watch out for these signs of habits if you have any of them. Do regular checks and always make sure every security measure works perfectly. Don’t hesitate to spend some time to go through them all part by part. Because in the current world we live we never know what might happen tomorrow but its best to be prepared for it.

For any more home security improvements, check the article, and don’t forget to take into consideration the tips to keep yourself out of trouble!