Since the dawn of the computer age, systems have been secured by typing in a user name and a password. Security systems were most often armed and disarmed via a numeric code. But in the 21st century, more sophistication is needed to thwart computer cracking and to make security systems harder to defeat. One way to improve security systems is by using biometric security.

This article will cover the topic of biometric security systems and explain why they are essential in the increasingly dangerous world of the 21st century. We will also discuss the privacy concerns that these systems and their use entails.

What Is Biometric Security?

Biometric security is security based on the physical characteristics of an individual. The word itself is a combination of two Greek words: bio, which means ‘life,’ and metric, which means ‘to measure.’

When Did It Originate?

Using key biologic markers to identify individuals goes back thousands of years. As far back as 500BC, we have evidence that Babylonian clay tablets used for business transactions included fingerprints.

Alphonse Bertillon, a Persian anthropologist and French police officer in the late 19th century, developed a method of identification based on physical characteristics. He used an anthropological technique called anthropometry,

Bertillon went on to codify his system, which came to be known as the Bertillon System. It was defined by an individual’s physical characteristics such as height, trunk measurement, front and side photographs, scars, birthmarks and other metrics. It was used for decades in both in Europe and the United States until fingerprint identification supplanted it. 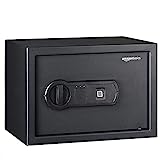 Your retina is a circle of tissue on the back side of your eye. It contains the rods and cones that translate the focused light from your eye’s lens into neural signals that your optic nerve passes to your brain.

There are two other types of ocular (eye) scans that are separate and distinct from retinal scans. They are iris scans and scleral vein recognition.

Iris scans map the unique pattern of an individual’s iris, which is the colored area of the eye behind the cornea that contains the pupil. The advantage of the iris scan is that it can be performed from up to ten feet away and is as simple as taking a high-resolution photo.

Scleral vein scanning is a recent technology. Scleral veins are the veins found in the whites of your eyes. They also have a unique pattern based on each individual’s eye structure. It uses the Y-shaped branches of veins which are multi-layered in the sclera to provide a high degree of recognition accuracy.

Voice recognition systems are computer programs that parse the human voice. They break down speech into its component parts, including timbre, modulation, tone and cadence to identify one individual from another.

There is some doubt how secure this identification is, however. One reporter used his identical twin to fool a banking system into thinking his twin was him. The best estimate of current voice recognition systems is that they are around 90% accurate.

Hand geometry recognition is a refinement of Bertillon’s system. They measure the length, surface area, thickness and width of a user’s hand. A limitation of hand geometry security systems is that they cannot perform one-to-many comparisons but are limited to one-to-one verification.

Facial recognition systems use relationships between various facial features to identify one face from another. The distance between the eyes, or the distance from the chin to the tip of the nose are captured and stored in a data base.

Facial recognition systems are used in many security systems today, as they have the advantage of being able to be used at a considerable distance from the subject, making them valuable where large numbers of people are in attendance, such as airports or sporting events.

Many smart phones use facial recognition as one method of unlocking the phone to allow user access. For example, Apple’s iPhone X uses an infrared projector to send 30,000 dots onto the face of the user and uses pattern matching to unlock the phone.

These scanners are not without limitations. Numerous successful attempts to fool biometric sensors have been successful.

Some University of North Carolina (UNC) researchers were able to fool four out of five security systems that depended on facial recognition. They took photographs of people’s facial features and used them to produce 3D models of those individual’s heads.

Many fingerprint recognition systems have been spoofed by techniques as simple as creating a latex finger complete with a fingerprint. An early iPhone could be unlocked when a picture of a fingerprint was transferred to glass.

Today’s more sophisticated fingerprint scanners include other sensors to verify that the fingerprint is actually attached to a living finger. These include temperature and moisture sensors and have proven to be much harder to fool.

Is There a Need for Biometric Security?

Yes, with limits. While today’s increasingly complex world makes security systems unavoidable, there are also privacy concerns that also must be addressed.

Those writs were unspecified about what was being searched for as well as the people or area that could be searched. In effect, judges were telling soldiers that they could just go into a township and search everyone for everything. These Writs of Assistance were one of the key factors that caused the colonists to revolt.

Many privacy advocates opine that the use of surveillance systems violate fourth amendment protections. In a recent decision by the Ninth Circuit Court of Appeals, Patel v. Facebook, the court ruled that Facebook had violated the Illinois Biometric Information Privacy Act (BIPA) because they used face recognition technology on the users’ photographs without the users’ knowledge and consent.

How Biometric Security Systems Will Work in the 21st Century

As we move further into the 21st century, we anticipate that Closed Circuit Television Cameras (CCTV) will continue to proliferate throughout our cities, airports and sporting venues. Court cases will challenge the fourth amendment ramifications of these cameras and their use to gather metadata.

From smart phones to airports and from sporting events to strolling down the street to your favorite restaurant, biometric surveillance and security are here to stay. At the same time, privacy concerns and constitutional protections need to be considered and enforced.

How this will all work out? That’s the big question that tomorrow’s ethicists and courts will have to answer.