This is the Place… Of Security Companies

Utah.  Pioneer heritage and true pioneers in the Home Security industry.  Utah is home to some MAJOR security companies such as:  Vivint (in Provo), AMP (in American Fork), Protection 1 (recently moved away), Guardian, Link Home (Ogden) and NorthStar (in Orem).  They recruit the Men, or should we say boys, of ages 18-30 to go out and pound the doors to make commissioned sales.  That being said, if you don’t want to be pressured into buying a security system, your best bet is choosing one here as you feel fit. 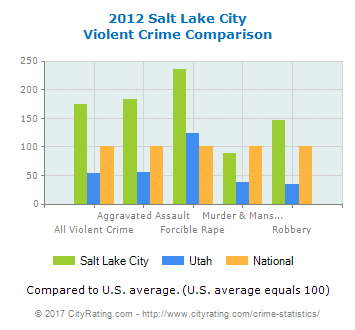 SLC Crime Rates.  Well above the National per Capita

Salt Lake city ,Utah is the most populated municipality in Utah, playing residence to well over  200,000 people. As the trend applies, crime rate increases with increase population and Salt late is no exception.  Rated 87 on a scale of 1 to 100 in property crimes including burglary, larceny-theft, motor vehicle theft, and arson, with the average United State property crime rate being 38.1, the need to be security conscious and opt for a home security provider sounds like the smart option.

Here is a list of the local security systems providers in Salt Lake City and their contact details based on feedbacks and Google reviews. Some of them also service neighboring cities listed below.

Ratings: 3.7 stars based on 28 Google reviews

Peak Alarm services was founded in 1969. provider of a wide range of security options including but not limited to cellular monitoring, patrol services, home security and a wide range of others.

They service the Salt Lake City area and other cities such as Boise, Idaho Falls, Park City and St George. There optimal services earned them an A+ BBB rating.

Ratings:3.5 stars based on 33 Google reviews

CBS security services is predominantly a security outfit that offers armed and unarmed security options for homes and businesses that may require this services. They also offer medical alarm services.

Silverline security seeks to provide users free equipments up to $1200 in value when you subscribe to their agreement which comes with free installation. They make use of  Simon XT systems, easy to install and with cellular monitoring.

Other cities around salt lake city that can also benefit from this home security offers include.

Which of these would you consider protecting your home? Let us know in the comment section below.