There are dozens of reasons to get the best guard dogs.  Maybe you live alone and the nights scare you.  You may have children you want safe guarded and watched over.  Maybe you don’t want to carry a gun with you everywhere but you still need that sense of security.  If you are looking to go the “old fashioned” route when it comes to all things home security, the best way to protect your home is with a furry friend.

Dogs just have a certain sense when it comes to someone (although it’s usually a bird…or the mailman..) lurking outside of your home. However, owners should be aware that there is a difference between a guard dog and an alert dog. Alert dogs will begin barking loudly to alert their owner of a home intruder or just a stranger. Guard dogs are meant to disable intruders and protect their terrain.  If you want your home to be completely protected against a robbery or burglary, all you need to do is invest in a canine companion.

Some dogs are born with the instinct to serve as guard dogs, so go for one of those if you want to protect yourself, your family, or your property. A guard dog should be big, brave, and trainable. To protect your family, it should be loyal, highly attentive, smart, and behave submissively. So, if you are considering getting a guard dog, here are 9 breeds of dogs that are typically good companions and protectors.

With that all said, let’s get into the top 9 best guard dogs that you can rely on for times of danger.

Known for it’s fluffy coat and it’s “husky” like appearance are the traits this beautiful guard dog is known for. Akita’s are known to be alert, loyal, and extremely doting making them the perfect addition to a family. Akita breeds are extremely intelligent which should make them even easier to train!

One of the most obedient dog breeds is the Akita. This breed takes this responsibility seriously and usually guards duties with little to no training.

Along with a unique name, the Akita is great for children and defense.  Be ready to keep up with its fur, feeding and needs for activity though!

Commonly used in police force, German Shepards often develop strong bonds with their owners and will protect them to no end. The intelligent German Shepard is one of the most loyal breeds on this list, and most do not experience a “rebellious” phase. German Shepards tend to be “aloof” towards strangers invited into your home and many are absolutely fearless in almost any situation. German Shepard Dogs (GSD) could be the perfect addition to your family.

They are also well-liked pets that will guard your home against burglars and are so attentive that they will create a close bond with you. There is no need to go any further if you want a dog that you can teach to do just about anything.

Used by special forces, the German Shepard is a classic and a wise investment for security.  Image source

One two punch. If you’ve ever seen a boxer, you may have been intimidated by it’s stature. Known for their long legs and broad shoulders, their appearance alone may dissuade a criminal from entering your home. However, they are one of the most loyal breeds around, and their high intelligence makes them extremely easy to train. Boxer breeds are extremely good with children; making them a great family pet.

However, they have a lot of energy and require regular exercise. According to Petful.com, boxers are also more prone to certain diseases than other breeds, such as mast cell tumors, ulcerative colitis, and heart problems.

Though they aren’t the ideal dog for hot and warm climates (the heat causes them to tire easily) they are one of the best on this list when it comes to home security. Their stocky size alone is often enough to deter even the most desperate intruders. This stocky dog is great for guarding your home, but great around families as well. Great Swiss Mountain dogs (or commonly referred to as Swissies) love to cuddle on the couch!

If looks can kill then this breed is a keeper.  Some owners are turned off by the lack of power they show when it comes ‘down to the wire’ though.

This dog was originally bread to keep sheep and other livestock safe from wolves, bears, or other predators in the wilderness. Great Pyranees are bred to keep their family members safe, and will stop at no expense to protect their “herd.” However, owners should keep in mind that these dogs were bred to be independent and training them may prove to be slightly difficult.

Nice looking on the outside; a monster inside if you are the wrong person.  Consider it a ‘spy’ defense dog that you don’t want to cross

Their muscular stature and pointy snout make this dog breed intimidating just to come upon. Dobermans are said to be relatively easy to train, but only after they have developed a bond with their owners.

It is considered the fifth smartest breed of dog in the world and is loyal to guarding its owners. It is also constantly vigilant. Additionally, Dobermans bark a lot and will respond to a threat by cornering or pinning an intruder against a wall until humans can take control. They are ideal jogging partners since they have high energy requirements.

Just writing about the Doberman makes me scared of encountering one!  Very defensive dog

Looking for a good family dog?  Something that is nice, playful and helpful when it comes to securitiy?  The Border Collies are other that were bred to be herding animals, and are known for being very protective over the ones they have bonded with. Most owners will tell you that Border Collies make better alert dogs, but they are known for protecting their turf either way.

This one will act like an alarm siren, being plenty loud to any intruders so you know to take the next step.

Known for their muscular and intimidating look, Rottweiler dogs can keep many intruders away with a “bark!” or two. Rottweilers sense threats quickly, and will guard their territory. Though they make great guard dogs, they have an incredibly sweet and loving disposition around family members.

Additionally, the breed was developed to guard cattle and is descended from ancient mastiffs; it nearly went extinct in the late 1800s.

Don’t be fooled by this face, these guys are MEAN to the bad guys.

The last featured dog is another one bred for livestock protection. They have long, thick hair, and like to be left alone. Because these mountain dogs were bred to be left alone, they’re known for keeping your home protected while you are at work during the day. Komondor dogs are said to be reserved or regal around strangers.

Looks like a mop but can do more than clean your floors!  This dog is hard for bad guys to easily get around. 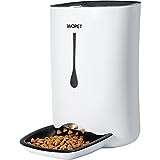 What is the most fearless dog breed?

The German Shepard is by far the most fearless dog breed out there. They’re not just great guard dogs, they also help out our heroes in the army, police officers, and much more. Some of their practical abilities (with proper training and discipline) include sniffing out bombs, controlling crowds, sniffing drugs, and lots more things that can be used by the authorities to subdue the bad guys.

What is the most aggressive dog?

Surprinsigly, one of the most aggressive breeds is the Chihuahua. Yes, you’ve read that right. Fortunately, its small size and overall small teeth make it nearly impossible for it to hurt you too much. However, Pit Bulls are a whole ‘nother story. Those guys can rip and tear your flesh, and there are numerous reports about them mauling children. So, while a Pit Bull might make a good guard dog, it’s not an angel. It’s a fighting machine, and you don’t know when it will turn against you. That’s why we haven’t included it on this list.

What is the safest family dog?

The Labrador Retriever is by far the most calm dog breed you can buy. It’s safe around children, especially after being tamed and domesticated. With that said, you won’t have any surprises about it turning against you and ripping your flesh off, unlike an Amstaff or Pit Bull.

What is the easiest and best guard dogs to train?

All of the above breeds are pretty easy to train, but if we had to pick only one guard dog, it would be the German Shepard when it comes to the ease of training. The second one would be the Boxer due to its inherit loyalty and ability to listen to your every command. Either one will do great.

Dogs can make great additions to the family and they’re great for home security. However,  at the end of the day, one can’t deny the downright effectiveness of a home security system that won’t be bribed by a treat! Like choosing the right dog breed for your family, it can be difficult to decide which home security system is right for you.  So many different companies and small differences it’s hard to know which is the right fit and that’s what we are here to help.

After reviewing the top 9 dog breads for protecting your home, will you be getting one (or more)?  Let us know any other breads we may have missed below. 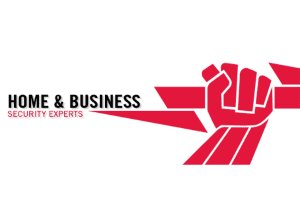 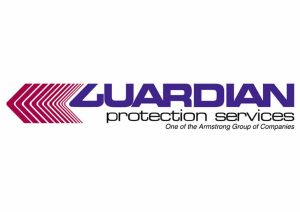