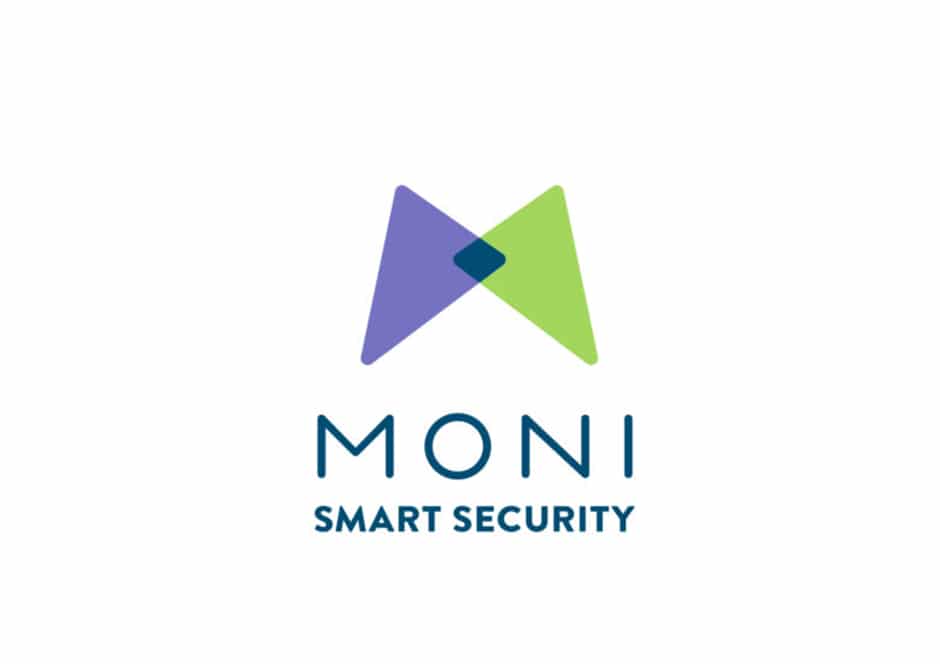 What is Moni Smart Security and Who are They?

Last Updated August 6, 2018.  Moni Smart Security which was formerly referred to as Monitronics International can be identified as the second largest business organization in the security alarm system industry in the United States.  They re-branded from the old, bland look and came up with a hip new look and logo for the new technology minded age. MONI Smart Security systems has many reasons as to why the business organization is liked and trusted by many customers.  You can read the original review on Monitronics here.

Before diving deeper into the review, here is a quick glance at the pros and cons of the new Moni Smart Controlled security:

The business organization is a subsidiary of the parent company, Ascent Capital Group. Jeff Gardner is the president and the CEO of this business organization that provides a security alarm system service to over one million customers both residential and commercial throughout countries such as the United States, Puerto Rico and Canada. The headquarters of the leading security system organization is located in Dallas, Texas.

The business organization was ranked to be the highest in customer satisfaction with home security systems according to JD Power in the year 2016.

In addition to that, MONI Smart Security systems was named as the home security system company of the year for the fifth time by Frost and Sullivan which would prove the efficiency of the services provided.

The core package is sold for $29.99 dollars for the first 12 months. It includes a 4G wireless home security system, 24/7 alarm monitoring, fast alarm responses with ASAPer technology and 2 way voice through the security panel.

The connected package is sold at a rate of $39.99 dollars per year and comprises of the core package including smartphone control.

The comprehensive package which is sold for a year at the price of $49.99 dollars includes the core package plus the smartphone control and additionally, home automation technology such as live and recorded security footage and voice management for home automation. 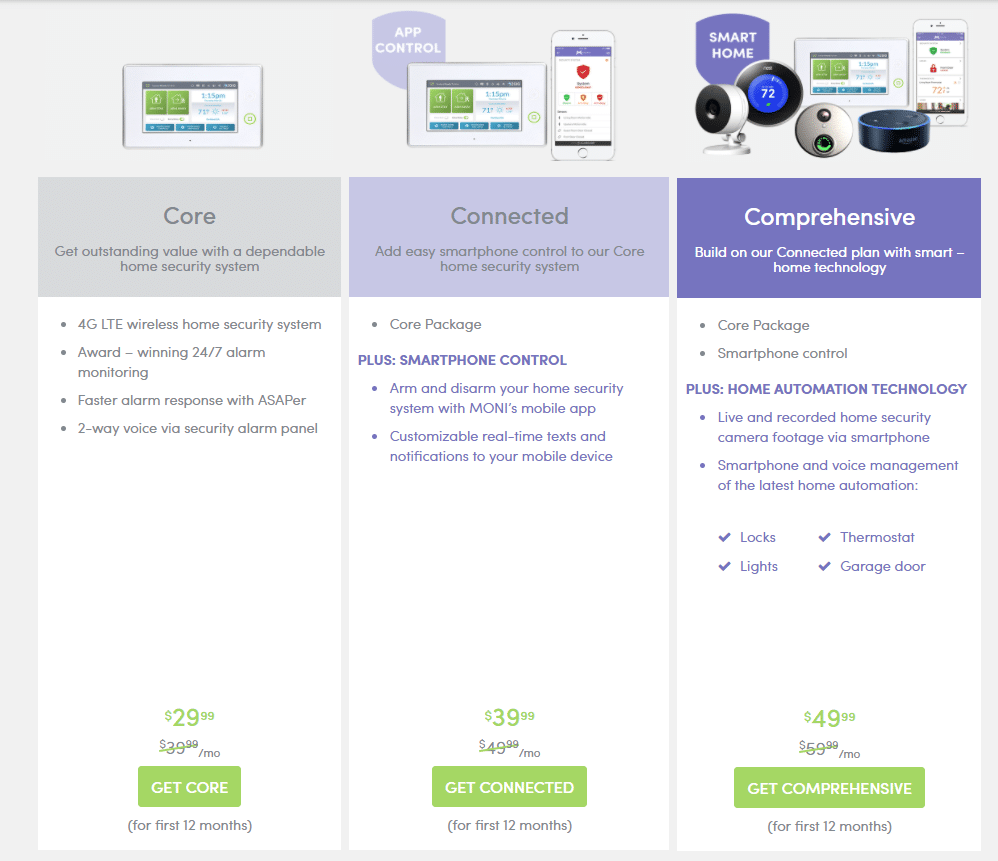 Screenshot seen above of each plan and associated features with it.

Here is what this company stand out from others:

There are many reasons as to why people would consider MONI’s to be a business organization with a unique nature. It mainly has to do with the different features and facilities provided.  They use a Skybell doorbell camera which integrates with their system.  You can also run this item separate if you don’t want to pay them extra monthly to monitor it.  This is similar to companies using Alarm.com software for the 2Gig security systems.

Apart from the ASAPer technology, they also provide a unique feature called smash and grab protection. It is basically a facility where even if a burglar destroys the security panel, the alarm response center receives a signal making it completely safe for residents and businesses. 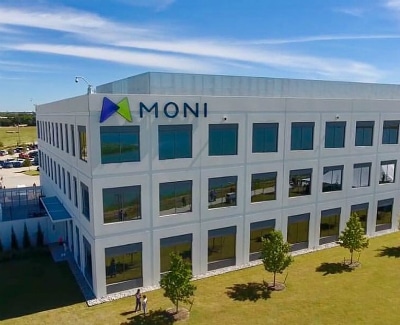 In the year 1994 in the city of Dallas, Monitronics International was first founded with the sole intention of providing the previously mentioned security services to the people and businesses in the United States.

Apart from these alarm security services, Monitronics International also had intentions to help dealers in the industry through financial means, product solution and so on.

Initially, more than half of the business organization was owned by and investment firm by the name, ABRY Partners who later sold the company to Ascent Media Corporation in the year 2010.

Monitronics International purchased Security Networks for $507 dollars in the year 2013. The network comprised of over 225 dealers in security. These purchases all played a role in the developed growth of the business organization and resulted in revenues worth over $560 million dollars.

In addition to that, according to statistics the company is said to have grown 5 percent when taking the years 2015 and 2016.

The current name of the business organization, MONI Smart Security was changed in the year 2016. Along with changes to the name, the company also faced minor changes to the company brand pillars, the logo as well as the company colors.  This is similar to another Texas home security company, Protect America who also went a theme and branding update in 2017; also to a purple and green look.

Our Final thoughts on the New and Improved Monitronics

In general, MONI’s has a high guarantee in their services and has gained the trust of many. It is also a security system that is recommended by most and should definitely be an option when considering to purchase security systems.[frontpage_news widget=”4288″ name=”Trending Articles”]