The thing about apartment living is, it’s your home, but it’s not your home. Some security measures you might consider if it were your own property require approval in an apartment. For example, an extra strong deadbolt lock on the door will probably require the permission of the owner, and a trained guard dog on premises probably won’t be allowed in your apartment.

Concerned About the Security of Your Stuff?

The good news is, you aren’t just stuck with whatever security measures that your landlord takes, or might allow you to add on, to your home. You can still use some smart security tricks to protect your valuable items, and your home, even if you are just renting. 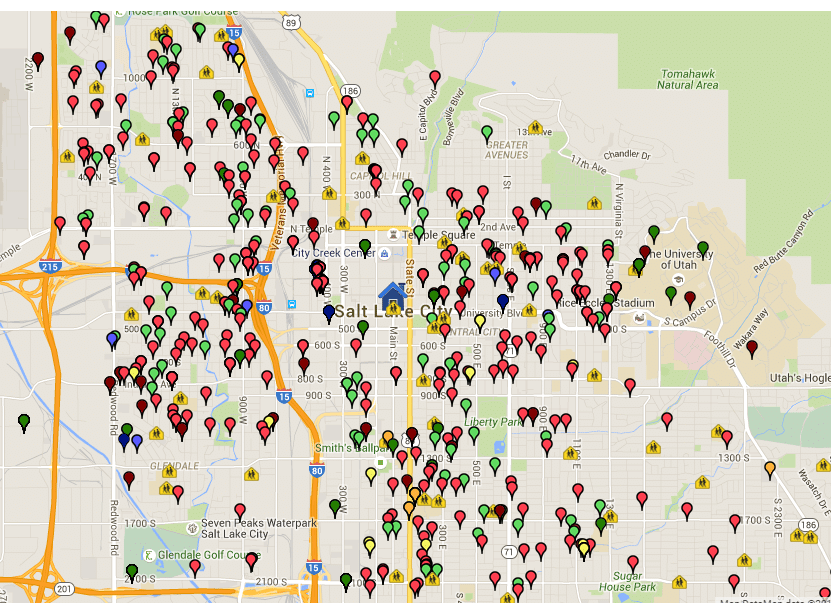 Research beforehand and save yourself a bad memory

The first step toward avoiding risks to your home and valuables is awareness. View your home with the opportunistic eyes of a burglar, looking for weak spots in the defense. Windows that are positioned near ground and in an area out of public view, for example, would make a perfect entry if a thief wanted to sneak in unnoticed.  You can use tools like Family Watchdog or Spotcrime to research an area for criminals beforehand.  If you plan on moving, check top cities with high crime rates to avoid.

Old-fashioned values of neighborliness aren’t just for old folks. Getting to know people who live in the same building, and even in the neighborhood around your apartment building, is also good security sense. When you know the faces (and even some names) of people you see regularly around where you live, you increase your awareness of knowing when things aren’t right around your building.

For those apartments on ground floor or even within easy access of the ground on a second floor, windows are one of the most vulnerable spots to burglars. While solid iron bars are a well-known window security feature in many places, a lot of apartment buildings don’t want the look of windows covered with impenetrable metal bars. Seeing bars over all windows usually indicates a low-security, high-crime area, and it is more expense than most apartment owners are willing to incur.

Fortunately, modern technology has caught up with this problem in an attractive way. Window security film applies to the window surface and makes the glass unbreakable. The window film strengthens the glass so that an impact from an attempted intrusion will not shatter the window. It is still a good idea to get the okay from your apartment owner to add something that may be permanent, even if it is essentially invisible.

Similar to car glass that is treated with a plasticized coating to avoid splintering into small shards on impact, home windows covered with security film will hold in place against repeated attempts to break the glass. Usually the noise and commotion of an attempted window break-in will draw attention from neighbors that will drive off a potential intruder.

Another critical window and sliding glass door security measure is window slide locks. Either a simple homemade solution or an inexpensive window track lock will do the job. A wooden dowel or even an old broomstick cut to length to fit in the window’s sliding track so that the window will not move in its track will deter thieves trying to force the window open. Window locks available for sale usually consist of small thumbscrews to tighten them to the frame to keep the window from sliding open from the outside.

6 – Add Cameras Where You Can

In an apartment building you don’t have the right to add security cameras to hallways, parking areas, or other public places. You do have a right to supplement the security of your living area with motion-sensitive cameras to record anyone coming and going in your apartment. Mounting cameras to walls or accessing building wiring definitely requires approval from management, however. 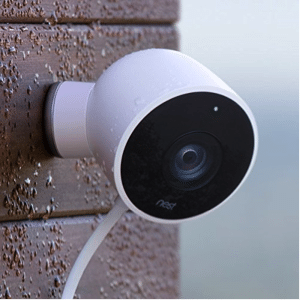 Dozens of security cameras are flooding the market

Fortunately though, many products available today are either battery powered and self-contained, or use a simple plug into an outlet for power. Many interior security cameras are hidden, so that a thief will never know he’s on camera and he won’t be able to interrupt the filming. Most cameras on the market have capability to link to apps for remote monitoring on your smartphone, wherever you are.

While your options may be different at a place you rent versus a home you own, security systems are still a good choice to think about in apartment security. Some home security companies offer special packages designed for apartment dwellers. 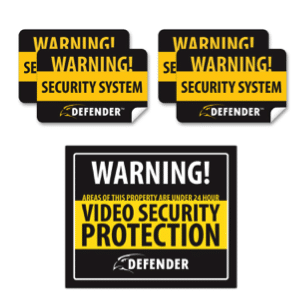 A simple posted warning can be an effective deterrent.

Typically, there are a few things to consider in a security system. Do you want an alarmed response with a system that alerts the alarm company and the local police when an intruder is detected? Or would you prefer alerts to your smartphone so you can make your own call? Decide what are your priorities with a security system in your apartment and there is likely to be one that fits your needs.

Small stickers or signs on windows or near the door that announce your participation in a watch program, police patrol, or security system activation may only work to deter burglars who stop to read warnings. Still, it can’t hurt to have notices of your security planning posted around the outside of your place, either.

Being insured has never stopped bad things from happening. Renters’ insurance only has the benefit of paying you back for things you’ve lost after a tragic event like theft, fire, or flood, of course. Since it is statistically probable that something like a theft or natural disaster is likely to happen to somebody, sometime, why not be insured in case bad things happen to you somewhere in your future?

Apartment security has a lot to do with thinking ahead. As Scouts say, “be prepared.” Having renters’ insurance, knowing your apartment surroundings and your neighbors, and posting warning signs are all good ideas for general safety.  For renters wanting to buy a security system, your best bet is Frontpoint, ADT and Protect America. Several other companies require you to be a home owner.  It is always best to check with your landlord first.

You can go beyond general ideas to more specific steps for increased safety. Be sure all windows and doors are secure and inaccessible from the outside. Install hidden cameras inside to record activities while you are away. Get an alarm system, whether DIY or professional, to provide alerts to you or the authorities if there is an unauthorized attempt to access your home. Whatever you do, it’s up to you take the extra steps necessary to protect your stuff, because your apartment owner certainly won’t.